Taiwan acacia, Brisbane box and slash pine were extensively used in the post-war period to replant Hong Kong’s countryside; all three were exotic tree species. Why did we plant them extensively during tree planting?

Because their ability to thrive is more robust. So, we could quickly restore the bare countryside and prevent soil erosion. That’s why these trees are also known as ‘pioneer species’ for tree planting.

You can also find other plant species such as horsetail trees, eucalyptus and the easily recognisable melaleuca (the trunk has many layers of peeling bark).

The Taiwan acacia around us

Did you know? Taiwan acacia is a common tree species you can find in Hong Kong, no matter where you are.

The Taiwan acacia’s special root system can absorb nitrogen from the air directly and convert it into nutrients.

So even with poor soil conditions, the trees can grow quickly.

You can easily find Taiwan acacia’s beautiful golden yellow flowers around April – no matter no matter the slopes, road sides and even within country parks mixed with other trees.

The Brisbane box is originally from Australia. It can survive and even self-regenerate after bushfires.

It belongs to the myrtle family. But, its fruit isn’t sweet or attractive to wild animals, unlike other local species like the rose myrtle (Rhodomyrtus tomentosa).

So it’s hard to find animals in Brisbane box-dominated woods.

Without animals to help spread the tree’s seeds, it’s difficult for the Brisbane box or other plant species to reproduce and develop the healthy eco-system in the area.

Areas of the countryside full of these trees may look healthy and green. However, a woodland made up of a single tree variety has relatively poor biodiversity. 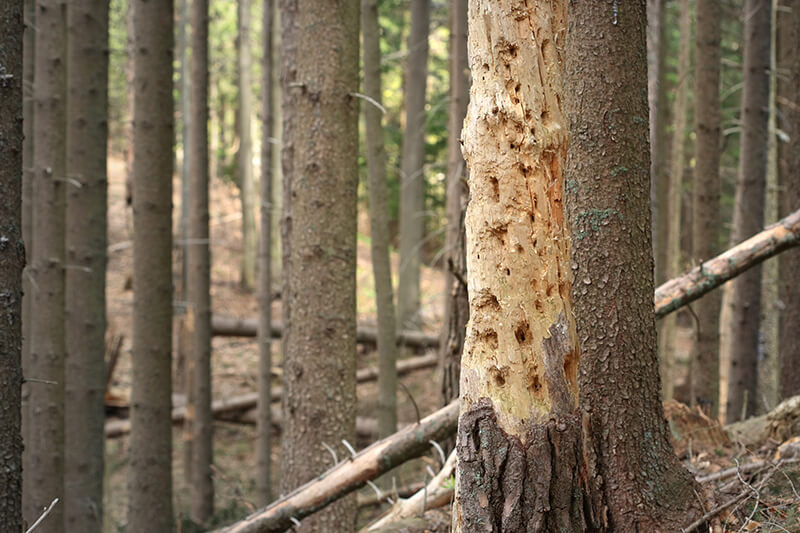 As early as the 1870s, the government planted local pine trees, the Chinese red pine, extensively.

However, at the end of the 1970s, and unexpected ‘pest’ (called pine wood nematodes) was accidentally introduced and a lot of infected Chinese red pines died.

This shows one of the problems with a single species in one area. The woodland is at risk of infestation, and the whole environment can be affected.

Slash pine was selected to replace the Chinese red pine for its resilience to infestations. It’s been planted in large numbers since then.

Fellow friends of Bupa4Life*, let’s work hard and walk more together. You will help improve the status quo of the woodland.

The health of people is interconnected and interdependent with the health of trees and the wider eco-system. We need to look after one another, whilst taking care of the environment.

From today till 31 July, The Green Earth, together with Bupa and our Bupa4Life members* will 'plant' a virtual One Health woodland for Hong Kong through a step challenge.

We aims to promote the concept of 'One Health' – the relationship between the health of humans and nature.

Let's learn more about Hong Kong's woodlands and their biodiversity, and discover the positive impacts through walking!

Let's work out for more steps!
Build a local woodland in four - stages.

Transform your steps into (virtual) trees and rewards.

Check out the prizes here for the 100 top performing steppers of the month.